Why China’s Hard Landing Is A Certainty 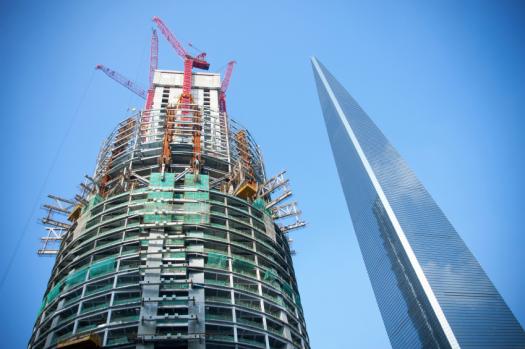 Two years ago, Professor Michael Pettis of Peking University's Guanghua School of Management was something of a loner in his view that China’s infrastructure-led growth was creating gargantuan problems. Now, with land sales falling off a cliff, house prices reversing course and the central government forcing Chinese banks to roll over local government loans that had no hope of being repaid, the structural problems with China’s economy are widely accepted (at least in the international press … you don’t read much about it in the local papers).

The debate is no longer about whether China is overly dependent on infrastructure spending. It is blatantly obvious the associated buildup in local government debt is unsustainable. The question now is whether an adjustment can be made without a dramatic slowdown in the overall economy.

The proponents of the ‘soft landing’ scenario – GDP growth slowing from its current run rate of 10% per annum to 7-8% per annum – argue that China’s rapidly burgeoning middle class will pick up the slack. Increasing consumption growth rates, they argue, will offset the slowing growth in infrastructure spending.

There are two problems with this argument. Firstly, the Chinese authorities show no signs of reversing the policies that cause consumption to be such a small proportion of the overall economy in the first place.

Those that propagate the consumption argument seem to think consumption is low because of some genetic quirk amongst Chinese households that imbibes them with a sense of thrift and saving, in stark contrast to spendthrift Western consumers. The Chinese, we’re led to believe, are sitting on piles of savings just waiting to be unleashed in a wave of wanton consumerism.

Luxury brand owners would like that – sales of Louis Vuitton and Chanel are already soaring in Asia – but there’s nothing cultural about China’s lack of consumption. It is a result of specific government policies that transfer wealth away from households and towards borrowers, exporters and government.

It should come as no surprise that the consumption component of GDP has been shrinking (see the discussion between Nouriel Roubini and Patrick Chovanec below).

Far from unwinding these impediments, China has loosened monetary policy and stopped letting the exchange rate appreciate at the first sign of trouble. In the short term, the consumption proportion of GDP may well decline further.

Secondly, it’s a mathematical impossibility for growth in consumption to offset any meaningful slowdown in investment.

Assuming net exports hold up in 2012 (an optimistic assumption given Europe’s economic woes), consumption, currently only one third of GDP, would need to grow 20% to generate overall GDP growth of 8%. That isn’t going to happen.

Of course, investment growth can be negative. The collapse in housing construction has deducted 1.2% from US GDP since 2008. In fact, I’d say a contraction in infrastructure spending is likely at some point.

With another government stimulus, the day of reckoning can be delayed. The Chinese Communist Party’s decennial leadership transition will take place at the end of 2012 and the last thing they want is economic turmoil. But everything I’m reading indicates Pettis is on the money. Whether it’s this year or next, China’s inevitable hard landing is coming.

Gareth Brown @forager_gareth
SYD: When did you buy and what did you pay? https://t.co/OzGeXVs3Uo
Share on