Stuffing up the Dan Ariely Survey

Earlier in the week I asked Bristlemouth readers a couple of unrelated questions:

1.      What are the last two numbers of your mobile phone number?

2.      What percentage of countries in the United Nations are African?

For those who prefer a visual representation, here’s a graph: 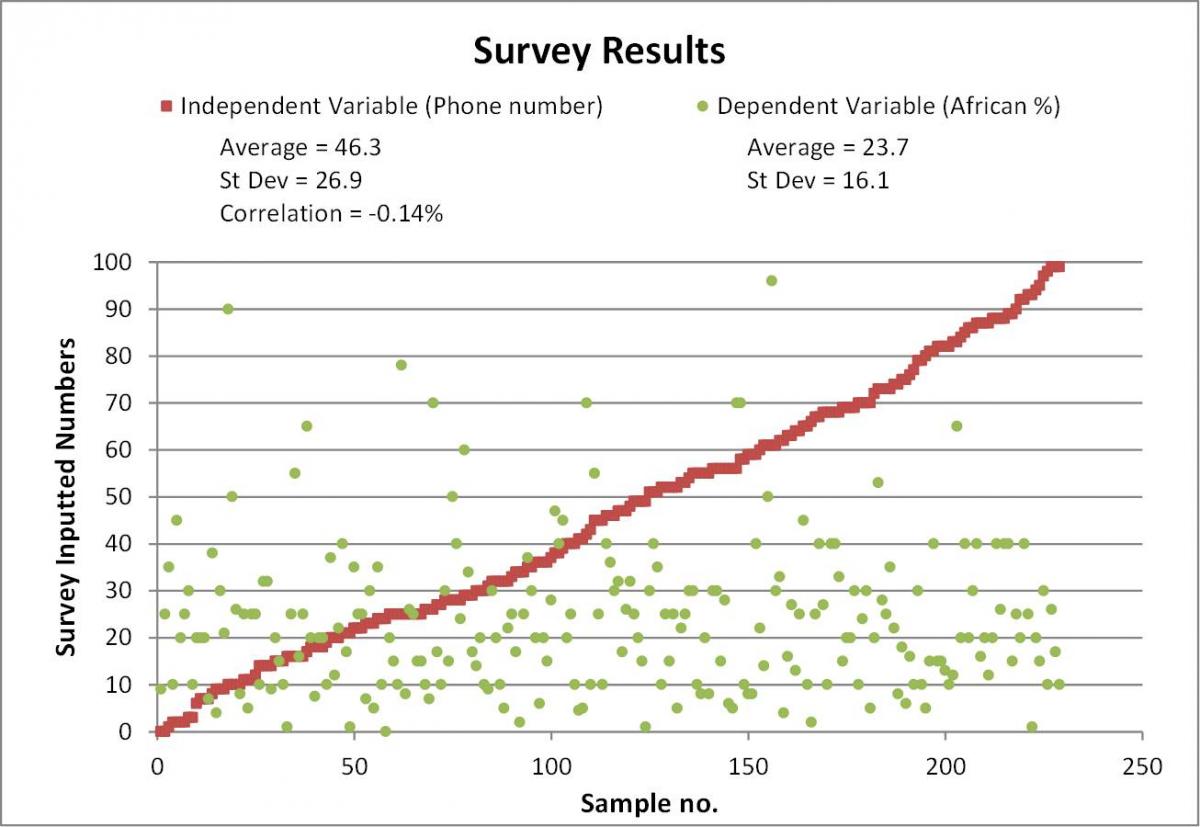 Looks pretty random, doesn’t it? That’s because it is. There is no statistical correlation between the two.

It wasn’t supposed to work out that way. The idea was that, not knowing the answer to question two, Bristlemouth readers ‘anchor’ themselves to the answer they had given to question one, and we’d be able to see a correlation between phone numbers and the estimated percentage of African countries in the UN. Then I’d turn around and tell you how important this concept is in the stockmarket, where we are faced with a lot of uncertainty and a lot of mostly random, useless information on which to anchor ourselves.

If you’re a QBE shareholder, write down what you think the shares are worth. Now write down your average purchase price. Is the answer to the second question influencing your perception of the first? For most of us, I’d guess so.

Unfortunately, I stuffed the experiment up. During our interview, Ariely explained that you need to create a high level of uncertainty. In this case, most of you thought you could take a decent stab at the answer and didn’t need to anchor. The average response, almost 24% was close to the correct answer, 29% (at least the experiment provided some more evidence for James Surowiecki’s The Wisdom of Crowds). What I should have done is, instead of asking for a number, ask you whether the percentage was higher or lower than 29%. That would have created a lot more uncertainty and, in theory at least, a lot more anchoring.

Sorry about that. The good news is that Ariely and his team want to conduct investor-specific experiments and I’ve volunteered us to be guinea pigs. I’m sure his experiments will be much better than mine.