Zoopla: No. 2 Gets Dumped On 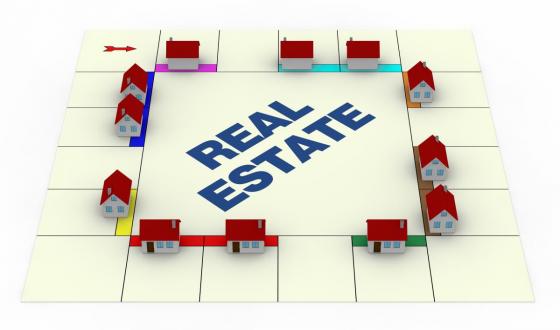 All things being equal, we’d rather own the outright market leader than the next best competitor. But a strong second can still be a good business, as Avis cleverly began claiming 50 years ago with the tagline ‘We’re #2, so we try harder’. We own a few second place-getters in the Forager International Shares Fund.

But an upstart in the UK has come up with an ingenious new strategy that reminds us of the vulnerability of being number two. Although this strategy won’t be replicable in most industries, it’s an important case study to put in the analytical tool box.

Today, property buyers prefer to do at least the preliminary part of their house hunt online. That set in train a massive transfer in pricing power in the industry over the past 15 years, to the benefit of property portals like realestate.com.au in Australia. The most dramatic losers were, of course, newspaper classifieds. But real estate agents also suffered, losing some of their distribution edge.

In the UK, the internet portal business is surprisingly less developed and perhaps less concentrated than in Australia. Its number one player, Rightmove, generates similar revenue to what realestate.com.au generates in Australia, despite a massive population disparity.

The number two portal in the UK is Zoopla—the English equivalent to Fairfax’s Domain. It generates about half the traffic and revenue of Rightmove.

Agents have signed up with Zoopla at an impressive rate over recent years, perhaps hoping for a bit of competitive tension. Zoopla’s profit margins aren’t as insanely high as Rightmove’s, it’s merely crazily profitable. But the lower margin has more to do with less substantial economies of scale than better pricing for customers. Agents still feel gouged.

So an amalgam of agents, lead by Savills and Knight Frank, got together to do something about it. In January they started a mutually-owned, not for profit alternative called OnTheMarket. It offers the same sort of service as any other property sales portal around the world but, because of the not-for-profit structure, holds the promise of less rapacious pricing.

It also offers some agent-friendly options, such as the ability to lock in pricing on their ads for a five year period. With just about every agent in the UK complaining about their costs of advertising on Rightmove and Zoopla being jacked up almost 20% every year, OnTheMarket is likely to hold wide appeal.

But here’s where the upstart’s business model gets really interesting. If an agent wants to use OnTheMarket, it can only do so if it’s prepared to ditch either Rightmove or Zoopla—the upstart won’t let you be a customer of all three portals.

I can’t recall seeing this strategy anywhere else before. And, in this instance at least, it’s brilliant. At the same time that OnTheMarket is offering a better pricing structure for agents, it’s actively working to erode the network/scale advantages of at least one of the big two portals.

If all it achieves is sharper pricing industry-wide as the big two portals move to defend their turf, then the real estate agents behind OnTheMarket will still consider it a roaring success. But it’s got a shot of becoming the number two player in time and shifting some of the pricing power back to agents and away from portals.

It should be fairly obvious how it’s all playing out. As an agent moving over to OnTheMarket and needing to fire either Rightmove or Zoopla, are you more likely to ditch the market leader or the number two? The early numbers are unambiguous.

As of late February, after an initial mass defection to OnTheMarket by its founder agents, the number of agencies signed up to Rightmove had actually grown 5% over the preceding 12 months. Over the same timeframe, the number of agents using Zoopla had fallen 11%. By the end of March, Zoopla had lost almost 24% of its agent customers.

Rightmove’s share price is up nearly 40% over the past year, whereas Zoopla’s is down a little.

It’s a neat strategy by the upstart and one that might work in other industries, although probably not widely. It’s also a useful reminder—it pays to be number one.