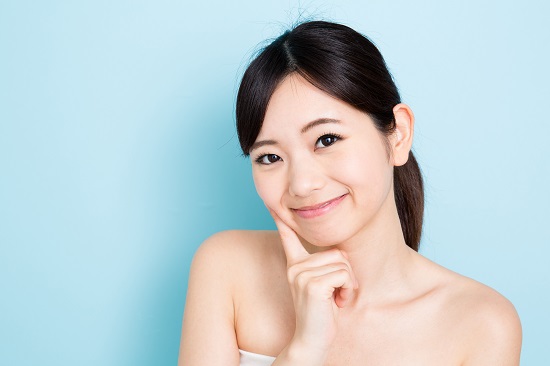 Talking about chewing gum, value investor Charlie Munger once said ‘So if (Wrigley’s) is 40 cents and the other is 30 cents, am I going to take something I don’t know and put it in my mouth—which is a pretty personal place, after all—for a lousy dime?’

Last week, Steve and I visited Beiersdorf AG’s head office in suburban Hamburg for a meeting with an investor relations representative. Superficially, Beiersdorf’s stock looks expensive. For illustration, the 2014 price earnings ratio is around 30 times, the dividend yield 0.9%. But it’s not quite as expensive as it looks. We’ll get to that in a moment.

The most important part of the Beiersdorf business is home and personal care brand Nivea. In the various categories of skin care—body, face, sun protection, deodorant, shower and others—Nivea is probably the number 1 player worldwide, and certainly in the massive European market.

To give you a hint of its market position, take a peek inside our humble Vienna home.

If skin care regimes range on a scale from au naturel to Kardashian, my wife (the chief household target of Nivea) thankfully falls closer to the former. And I believe a man should shave at least fortnightly, unless he has more interesting things to do—‘grooming’ is for show dogs. My wife works in marketing for a European retailer of personal care products and can bring home as much near-free home brand product as she wants. We’re a household with low to medium demand and unusually significant alternative supply.

And yet, there they are, perhaps a dozen regularly replenished Nivea products on our shelves, in our cupboards and by our shower. In Europe, the brand is almost unavoidable and widely loved.

Much of that market position is the result of the nature of the product.

If Charlie Munger thought people were prepared to pay up for a recognised chewing gum brand, what would he think of body products? Your naked body is also a pretty personal place. Are you going to switch to a brand you don’t know and trust, and then cover your body or face with a product that smells and feels different, for an unknown outcome, to save a few cents per application? Years of history suggest most consumers would much rather pay 20% more than explore the unknown.

But how did Nivea come to occupy this preferred position in the mind of many consumers?

Part of it is history. The head office occupies perhaps a dozen old buildings, some of them built by Beiersdorf in the 19th century. The brand Nivea is itself more than 100 years old. In an industry where customers are loyal, being the first mover matters.

Part of it is a genuine striving to be the best. The company spends 2-2.5% of sales on research and development, with 650 people working in research and a history of being a market innovator—the company was the first to utilise Q10 in products 20 years ago. When customers do decide to try something new, they generally want to be holding hands with a familiar brand.

Part of it is genuine caring. In an outsourced world, the company makes almost all of its creams and lotions in house. Its biggest production facility by far is still in Hamburg. Production and product quality are viewed as core to the brand.

But most of it is plain old marketing.

Nivea and Beiersdorf’s other personal care brands have a marketing and promotions budget equal to 28% of sales (more than 10 times what it spends on R&D). This is just for advertising in various media and in-store marketing. Total marketing and selling expenses, including fixed costs like marketing staff, would be more than 40% of sales.

In comparison, the division’s earnings before interest and tax (EBIT) margin—that part after all expenses that is left over for lenders, the taxman and shareholders—is 12-13% of sales.

There are a few individual stories within that book. In Europe, where the business is well established, EBIT margins are higher (around 20%) and marketing spend a little lower. In newer markets where the company is still trying to establish leadership, including parts of Asia, the advertising spend is higher and EBIT margin lower, even negative in a few markets like China.

But the magnitude of the spending proves that marketing is the lifeblood of brand recognition, loyalty and pricing power in this particular industry.

It’s also a reminder that marketing is an expense quite different to any another. Internally, Nivea refers to its marketing budget as ‘marketing investment’. Looking at the loyalty it engenders, the term isn’t pure hyperbole.

An investment is an outlay today for a hoped-for gain tomorrow. For the most part, long term investments are capitalised rather than expensed. Build a new factory, for example, and the cost doesn’t impact a company’s profit all in year one. Most of the cost of that factory ends up as an asset on the balance sheet, to be depreciated over many years. In non-accountant speak, that factory is expected to add revenue for a long period of time, and so its cost gets spread over its expected life.

Partly, marketing for a brand like Nivea is an immediate expense—no different to the cost of manufacturing products and paying wages. It’s about the here and now, a cost borne by the company to get you into a store today buying their product.

But some of it is also a longer term investment, building up the sort of brand loyalty that home brands could only dream about. If the marketing budget was unwisely reduced to nil, it would be many, many years before sales fell to zero. Try cutting out all wage or raw materials expenses and see how long it lasts.

And yet, marketing spending is entirely expensed in the year it’s incurred. None of it is capitalised like a new factory.

Some of the 28% of sales that gets directed into the marketing budget is necessary for treading water. But some of it is an investment, depressing margins and profits today but with a payoff measured in years and decades. That’s especially true of the extra money being spent in emerging markets, where the company is investing particularly heavily trying to achieve the sort of brand loyalty it enjoys in Europe today. Beiersdorf’s real price earnings multiple is arguably quite a bit less than 30 times, although I have no precise figure to offer.

It’s a point that the company understands deeply. Apparently, investor relations is regularly asked by analysts and investors how the company might raise its EBIT margin closer to or above 20%. Their answer (paraphrasing):

‘We could do it tomorrow (by cutting the marketing budget). But we won’t push it’.

Even for those in the Charlie Munger value investing camp, Beiersdorf is probably still a shade too expensive. But this one is in the really love to own category.