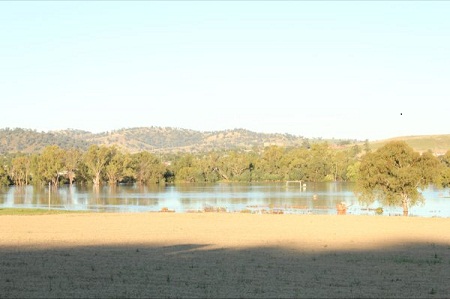 Between the Premier’s Flood Appeal, The Salvation Army Flood Appeal, Channel Nine’s Flood Relief Appeal and countless other corporate and not-for-profit initiatives, I am confused as to where to send my money. Where does it all end up? Which organisations need how much money?

There seems little doubt that, given the higgledy-piggledy nature of the process so far, some are going to end up with too much money and some not enough. No doubt making a direct contribution makes us feel good. Many of us, like me, unaffected by the crisis, want to feel like we’re doing something to help and it’s inspiring to see what we’re capable of when the situation calls for it. But we’re not Haiti. We’re not Aceh. And we’re not Pakistan.

Our country is rich. Our government has one of the strongest balance sheets in the developed world and enough capacity to fund the reconstruction and emergency relief many times over. Why do we need to raise money through dozens of disparate organisations?

Privately-funded charitable organisations have their place. People can use their own private funds to further a cause they care strongly about, without forcing everyone else to do the same. But a disaster on this scale is something that needs an equivalent response and a commensurate amount of funding.

Why doesn’t the government simply centralise the whole process and allocate money out to those organisations that need it, thereby contributing on all of our behalves? If needs be, put the GST up by 1% for a couple of years to pay for it. Who would complain about that?

PS. The photo is the view of my parents' farm from the balcony. The river, usually behind that thick line of trees you can see in the distance, had been dry for the past decade.