Books for the Summer Holidays was a post outlining my favourite reads of 2015. We’ve decided to expand the book list this year by getting contributions from everyone in the office. There should be something for everybody on this list. Merry Christmas and enjoy your summer break. The Everything Store: Jeff Bezos and the Age of Amazon by Brad Stone

Steve Jobs and Bill Gates are masterful monopolisers of high margin businesses. In contrast, Bezos actively seeks to monopolise low margin business. Through the book, you can almost see his eyes light up as he explores ideas that are prospectively so low margin that nobody else will want them. He then throws resources, blinding insight and frugality at the problem until it’s sorted, prepared to incur years, perhaps many, of losses in those formative years. Fellow Seattleite Bill Gates once said that most people overestimate what they can do in one year and underestimate what they can do in ten years. Bezos isn’t like most people.

It took me a few years of using Apple products to realise how special they were. I was using the earlier generation white charger for my iPod for the umpteenth time. It needed to be connected to the device right way up, like every other charger at the time. On that 100th or so use I realised that I never had to look at the cable to do so, it just always came through my hands right way up. It didn’t work that way with USB sticks or any charging cable I’d ever used. Come 2012, Apple’s next generation charger further improved matters – it could be plugged in either way.

Last month, I bought a new Android (non-Apple) phone. It works fine. But roughly every second time I attempt to put the charger in the wrong way. This biography outlines the story of the uncompromising, unbalanced and unusual character that realised and solved a thousand such seemingly small problems that other tech executives didn’t even realise were problems. It’s well worth reading.

David and Goliath by Malcolm Gladwell

I read Gladwell like some read gossip magazines, I probably shouldn’t but I can’t help it. Most of his books focus on interesting topics, and the thought-process usually stands on the shoulders of the research of experts elsewhere. But it annoys that the evidence presented is usually a single case study or assertion, and little else. Gladwell’s writing can plant an idea in your head, whether the facts warrant it or not. What I like about it is also what I dislike.

But David and Goliath looks at an interesting topic – the advantages of the underdog. We all love the idea of the little guy succeeding against all odds. This book forces us to think about whether those odds were so long in the first place. It’s a worthy addition to the book list. Partly thanks to author Tim Harford, I’ve read some great stuff this year. Discussing his latest book, Messy: The Power of Disorder to Transform our Lives, Harford pointed out the futility of labouring through books we aren’t interested in. I’ve decided to give up early, and read a lot more books as a result. I even gave up on Timothy F. Geithner’s Stress Test: Reflections on Financial Crises 50 pages from the end. That guy frustrated me. He knows all about moral hazard, he repeats ad nauseam. But for every single crisis he was involved in in the last 20 years, the costs of letting investors wear the pain was greater than the costs of moral hazard.

That’s the whole point of moral hazard you moron! Everyone knows you are going to make that exact calculation when it comes to the crunch. Anyway, on to the good books.

Half biography, half business history, the founder of Nike recounts the seat of his pants journey from the footware company’s inception to its listing on the stock exchange. It’s a well told story of how a small group of people built one of the world’s great businesses, and spent most of the first few decades bordering on insolvency. My book of the year.

Losing the Signal by Jacquie McNish and Sean Silcoff

Antony Beevor has spawned a genre of entertaining history books told though anecdotes and stories of those who lived at the time. Mary Beard’s history of early Rome uses the technique well to explain how a small village became the most powerful city state the world has ever seen. Without spoiling the story, luck and randomness play more than a bit part.

The Confidence Game by Maria Konnikova

I was very excited about this book after hearing Konnikova interviewed on the Financial Times’ Alphachat Podcast. She tells the story of how conmen (they are mostly men) use our psychological shortcomings to fool us, time and time again. For those looking for an entertaining introduction to the many ways in which our psychological wiring can bring us unstuck, Konnikova’s book is a worthwhile starting point. If you have read Kahneman’s Thinking Fast and Slow, you won’t learn anything new.

I read more fiction than non-fiction, a sin for which they have tried to disbar me from the value investing community. But I make no excuses. It beats watching TV and I learn plenty about humanity. I’ve got a few for your fiction book list.

Bizarrely I read my first William Faulkner books this year. What have I been doing all these years? As I Lay Dying was my favourite and my most enjoyable fiction for the year. I can’t call it enjoyable, but Marlon James’s Man Booker winning A Brief History of Seven Killings was worth the effort. If you don’t like bad language and violence, give it a miss. But the writing is brilliant and the story of Bob Marley’s shooting in Jamaica is supposedly true. Finally, William Boyd. Another new author to me this year, I read Any Human Heart first, and then devoured a few more of his novels. Stick with the one is my recommendation. Nothing to Envy: Life, Love and Death in North Korea by Barbara Demick

This book follows the stories of a handful of defectors from North Korea, who are now living in Seoul, China or elsewhere. The majority featured lived in Chongjin in the Hamyong Province. It is a real-life narrative of how ordinary people survived day to day, the effect of the death of Kim Il Sung and an insight into the horrific famine that swept North Korea and killed up to 3.5 million of the 22 million population at the time. 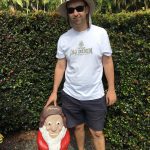 The Art of Contrarian Trading: How to Profit from Crowd Behavior in the Financial Markets by Carl Futia

Futia provides an interesting view on how to time the market by focusing on the folly of crowds. The book looks at how sentiment drives share prices too high or too low. Using the media as a barometer for sentiment, Futia provides historic examples of headlines that foretold a change in sentiment, so long as one took a contrarian approach to investing.

Why Moats Matter: The Morningstar Approach to Stock Investing by Heather Brilliant and Elizabeth Collins Inside the Investments of Warren Buffett by Yefei Lu

Since passing the last of the CFA exams In June this year I can finally read more than just textbooks. This is the most interesting investing-related book I’ve read this year. American Express, See’s Candies and Burlington Northern are some of the investments dissected. If you have already read widely about Buffett and all his partnership and Berkshire Hathaway annual letters you might find some of the case studies a bit scant in detail. But, if you are relatively new to value investing this is a great book to get you started. Lu did great a work sourcing key financial information from some of Buffett’s older investments, such as Sanborn Map Company. He also did a great job in illustrating the key elements that were likely to have caught Buffett’s attention when deciding to invest in these out of favour companies. Creativity, Inc.:  Overcoming the Unseen Forces That Stand in the Way of True Inspiration by Ed Catmull

Perhaps you’ve never heard of Ed Catmull, but it’s likely you owe him a big debt of gratitude—at least for any of you parents/grandparents out there who have used Toy Story, Cars or Finding Nemo for an emergency babysitter. Ed Catmull is the co-founder and head honcho behind digital pioneer Pixar Animation Studios. In this book, he tells the story of the ground-breaking studio and relates interesting anecdotes behind the making of classics like Toy Story. He also provides a roadmap on how to instill a business culture that fosters creativity. Very insightful with plenty of takeaways for anyone leading a business or team.

Thaler and Sunstein dig into the ways in which humans can be gently nudged to make vastly different choices. The examples can be quite shocking: consider that if you eat a meal with a group of seven or more people, you will eat on average 96% more food than if you were on your own. These psychological nudges are all around us and yet are imperceptible to most people. The authors propose that policymakers can take advantage of these nudging principles to help us make better choices for ourselves without restricting our freedom, coining the approach ‘libertarian paternalism’. That kind of interference might worry some, but Thaler and Sunstein put forth a case for why it should be more widely adopted, providing numerous real world examples of nudges improving outcomes.

Superforecasting: The Art and Science of Prediction by Philip Tetlock

Investing is all about making better guesses about the future than others. In this book, Tetlock provides a summary of his fascinating research into improving guesses. Although he has found that forecasting future events is very difficult even for experts and that the accuracy of expert predictions declines towards chance five years out, there are a select group of ‘superforecasters’ who are substantially better than most people at making predictions.

Tetlock describes the characteristics of these superforecasters, arguing that rather than being born with the ability to forecast well, these characteristics can be developed by any intelligent, thoughtful, determined person. By simply taking a 60 minute tutorial of some simple principles outlined in the book, participants in a forecasting tournament improved their accuracy by 10% over the year. That might not sound like a lot but it comes at a very low cost. Small edges compound dramatically over time. Add it to your book list. 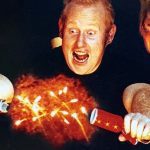 He Who Must be Obeid by Kate McClymont and Linton Besson

This is a good long-haul pre-Christmas read, and timely given the events of the past few weeks.  It’s a fascinating, forensic account of Obeid and every major character in NSW political life of the past 50 years.  The detail is magnificent. I chuckled, tisked and shook my head through this in March and I’m keen to read it again.  Long live Kate McClymont.

Steve Johnson @ForagerSteve
This is largely true. But disruption within bricks and mortar is doing a lot of damage. Nimble and vertically integ… https://t.co/1mILUCCMkq
Share on

Gareth Brown @forager_gareth
@GuruAnaerobic The trees will be fine. The tragedy for animal life this time is the scope of the fires rather than… https://t.co/aHlOnYSAVI
Share on

Gareth Brown @forager_gareth
That's a solid 7 out of 10 on the Obeid scale. https://t.co/aVAubuONUi
Share on