Basketball fans (all five of you) invested in the Forager International Shares Fund have something to boast about—you are now minority owners of the New York Knickerbockers (Knicks) and Madison Square Garden, ‘the Mecca of Basketball’. Owner Madison Square Garden Company (NASDAQ:MSG) was added to the portfolio in May and accounts for 4% of your investment.

For many years, the company was a fully-owned subsidiary of Cablevision Systems, a major cable operator in the New York City metro area started by industry pioneer Charles Dolan. Spun out in 2010, it remains controlled by the Dolan family, most prominently son Jim. The business is split into three main segments: MSG Sports, MSG Media and MSG Entertainment.

MSG Sports owns the New York Knicks of the NBA, the New York Rangers of the NHL (hockey) and the New York Liberty of the WNBA (women’s basketball). As advertisers struggle for eyeballs and cable operators fight to retain customers, live sports content—often unavailable online—has become an ever more valuable differentiator. We also think it can make the transition to ‘paid online’ more easily and successfully than most content. 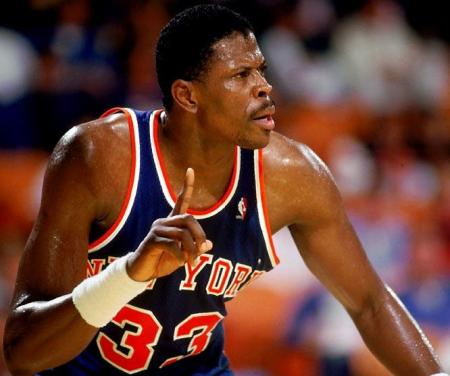 The recent ‘forced’ sale of the LA Clippers in June for US$2bn is the latest data point in a long-term upward trend in franchise valuations. If the Clippers, LA’s ugly duckling, are worth US$2bn, then the Knicks, one of the league’s two true marquee franchises (along with the LA Lakers), are worth as much or more. It is no surprise that the MSG share price reacted positively after the news of the sale.

MSG Media is comprised of regional sports networks, MSG Network and MSG +, cable channels whose main assets are the rights to televise the Knicks, Rangers and Liberty games. RSNs, as they are known in the cable industry, are high quality businesses with sticky customer bases, proprietary content, and modest capital requirements. Generating earnings before interest and tax (EBIT) margins of more than 40%, we estimate this business would be worth more than US$3bn as a separate entity.

Finally, MSG Entertainment produces concerts and other live events in a diverse collection of venues, some of which are owned, and others of which are managed through long-term leases. Among the company’s owned properties, Madison Square Garden stands out as one of the most recognisable arenas in the world. But MSG also owns The Forum in LA, and The Chicago Theatre, and has long-term lease rights for Radio City Music Hall and The Beacon Theatre in New York.

There are several valid reasons why investors might shun the stock, including the Dolan family’s complete voting control and the questionable antics of chairman Jim Dolan. Though only second generation wealthy, he acts more like the folklore third generation. There is the hodgepodge nature of the assets, and also the issue of NBA player union power and risk of strikes at bargaining time.

So what’s to like? There is value aplenty here, even after the 22% share price rise between the Fund’s purchase and 30 June. At the time of purchase, MSG’s stock price valued the business (net of the cash holdings on its very conservative balance sheet) at US$3.7bn.

At that price, we estimated that we were obtaining a very high quality business (the RSNs) at little more than fair value, and getting everything else, including The Garden (and its development ‘air’ rights), almost for free.

That’s a laughably cheap price for the famous arena that sits squarely in the middle of midtown Manhattan, directly on top of Penn Station, the busiest commuter rail hub in the United States. One day the whole site will be redeveloped more fully, and the seller could almost name their price for such prime Manhattan commercial real estate. It is worth well over $1bn, perhaps $2bn or more. Throw in the Knicks (which we think are worth at least $1.5bn, but probably $2bn or more), the Rangers and a bunch of smaller assets, and the margin of safety is quite compelling.

This excerpt is from the Forager International Share Fund’s June 2014 quarterly report. Please download the report for more detail about the Fund’s recent activities.