The Crap Economics of Farming 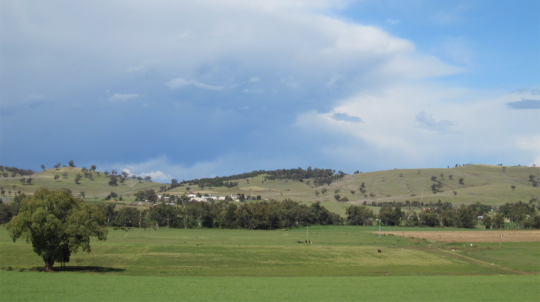 Earlier this year my two brothers and I attended a ‘succession planning’ day with our parents in Dubbo. The succession part of it was simple and dealt with in the first hour (one of my two brothers wants to go back to the farm, the other two of us are city slickers).

We spent the rest of the day talking about the economics of how farming might work for my younger brother and his family. Working out a way to earn a living wasn’t quite so simple.

Saturday’s Sydney Morning Herald contained an article titled Agribusiness may be better off in private hands as shares lose lustre (perhaps headline writers were the first to go in Fairfax’s recent cost cutting?).

The hidden thing for AACo … is we cannot recognise the increase in our land value. I've got $600 million of assets sitting on my balance sheet, some of them go back to 1936. I've got $400 million of revaluation reserves sitting within that. I don't get a jot of recognition of that in the P&L [profit and loss account]. But it is a value-add. If I was a REIT, it'd be wonderful. I'd book it as a profit and the market would get excited. Because across the last 30 years, the grazing properties have averaged a 15-20 per cent compound rate of return.

If you were a REIT, Mr Beale, you’d be the worst REIT on the stockmarket. People don’t like REITs because they revalue their assets every year. Not these days, anyway. They learned the hard way that revaluations work in both directions. Investors like REITs because they pay distributions. Cold hard cash. And that’s where agriculture comes unstuck.

Back in Dubbo, the woman from Rabobank facilitating the session is all over this fact. She has a very thick book that tells you what you can expect to make (on a cash basis) off different types of farms.  The average beef farmer, she tells us after running her finger down the page, should expect a return on capital of 3%. You can verify this number by calculating the number of dry sheep equivalent (DSE) you can run on the land and how much you could expect to sell every year. It all made sense to me. Roughly 3%.

AACo doesn’t even earn that (corporate farms don’t get the benefit of free or drastically underpaid labour). And it’s funded its assets with a significant amount of debt. You don’t need to be a 'rocket surgeon' to work out that earning less than 3% on your assets and paying 7% on your debt isn’t going to leave much for shareholders. Only one year in the past five has AACo generated positive operating cashflow, a measly $11m. The cumulative cash outflow over that same period was $178m.

This is the economics of farming. Crap profit. Crap cashflow. But the ‘value’ of your land keeps going up.

I know, I know. The growing Asian middle class wants to eat a lot of steak. The amount of land from which to feed them is shrinking. And Australia has some of the most efficient farmers in the world (they are also the least subsidised, which places them on a very uneven playing field).

I hope for my brother’s sake that there is a soft commodity boom. But I like profits and dividends. And until I see more of that , I’ll be taking my city slicker money and investing it elsewhere.

17 thoughts on “The Crap Economics of Farming”

Gareth Brown @forager_gareth
My 6 year old and her best friend (also female) call each other "bro" and it's pretty cute.
Share on