Yoplait and Coke in a New Cold War 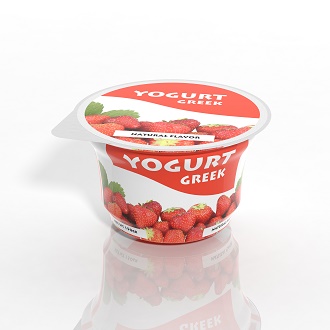 Walk by the dairy fridge at the local grocer and you could be excused for being overwhelmed by your choice of yogurt. It seems every farmer within a 200 mile radius has their own gourmet offering. One whole sub-category – “Greek” style yogurt – didn’t even exist ten years ago. Ok, perhaps you multicultural Australians could buy it, but it most definitely wasn’t in my local grocer.

Nowadays we want healthy, we want fresh, we want local, preferences which generally bring about diversity in choice. Hardly an aisle in the store is not being impacted by this shift, but the yogurt shelf provides an interesting case study as it pertains to big business.

In the US, a company called Chobani was almost single-handedly responsible for putting Greek yogurt on the map when it launched to retail in 2007. For reasons that are presumably apparent to those Bristlemouth readers with a taste for it, the strained, dense, protein rich variety of yogurt struck a chord with consumers and grew rapidly in the intervening years. Chobani, an independent outfit started by an entrepreneur with little more than some small business experience, suddenly had distribution into powerful retail outfits like Whole Foods and almost 60% of a US$1bn market. Well done to them.

At Forager, we have often debated how the global food giants will fare in future. Coke, McDonald’s, Nestle, Unilever – most of the world’s major food companies have built empires based on heavily processed foods that are on the wrong side of the cultural zeitgeist. But are their brands the true essence of their success?

To that end, yogurt giants Danone and Yoplait were not going to sit still and wait to be picked apart by the upstart Chobani. Instead, they aggressively developed and purchased their own “Greek” style products, and were able to pry away a meaningful share of the market. Chobani? It has stumbled mightily in the last two years. It blew cash on an unnecessary plant expansion, suffered from poor quality control that led to a product recall, and lost Whole Foods as a distributor. Until very recently, it was apparently using Quicken to manage its finances. That’s a company with more than US$1bn in annual sales and products in thousands of outlets around the country using small business software to run the place.

Managing a national or global food company is an extraordinary achievement. A company must be able to source supplies, manufacture efficiently and safely, deliver to an enormous number of places, and market effectively, all at giant scale. Companies like Danone have spent decades developing infrastructure and knowledge around these activities.

Their stock prices have largely lagged the broader market this past year in part because they seem to be missing out on this generational shift we see in the marketplace. While there’s no doubt shifting preferences create challenges, it’s too early to count them out. Hopefully Coke won’t make as much money selling sugar to kids ten years from now, but I bet it will find a way to profit handsomely from its true competitive advantages.