Year of Change for MSG and the Knicks 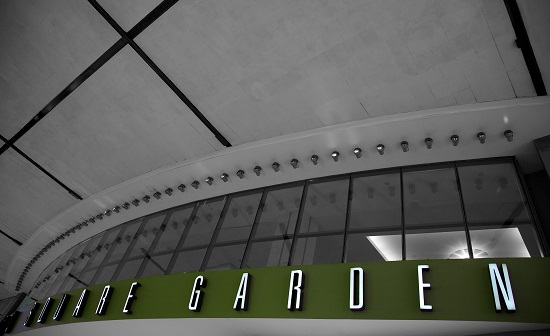 Don’t pass him the ball.

Do NOT pass him the [expletive] ball.

Oh no. They passed him the ball. Please don’t shoot. Don’t … shoot!

Oh God. He took the shot.

The Knicks fan behind me was having a tough night of it last night. The focus of his attentions was Lou Amundson and even I had worked out that he was not a man we wanted getting the ball. He had four relatively easy shots in general play and missed them all, managed to land only one of four free throws and turned the ball over to the opposition four times.

My first NBA game was the last game of the season for the New York Knicks and it was very obvious that it’s been a shocker. The home arena, Madison Square Garden, was handing out free drinks, food and hats to everyone.

It’s going to be an important off season for the club as they try and rebuild a team for the future. It’s going to be even more important period for its owner, listed stock The Madison Square Garden Company (MSG). While the Knicks try to work out who to buy for next year, MSG will be splitting itself in two.

The company’s entertainment assets (mainly the Knicks, ice hockey team the Rangers, the Madison Square Garden venue and The Forum is Los Angeles) will be spun off into a new listed entity. That will leave the cash machine, MSG’s cable television assets, in the existing listed entity.

When we bought this stock for the International Fund nine months ago, we were confident MSG was trading at a huge discount to the value of its assets. We were much less confident that the company’s majority shareholder, James Dolan, was ever going to do something about it.

The split is a huge step towards removing those concerns. The cable assets on their own can justify a decent helping of debt, enabling a once-off distribution and ongoing regular dividends. In this low interest rate market, that probably earns a premium price. There’s also a good chance it will be acquired by one of the media giants, desperate for sports content to prop up their ailing cable networks.

Although lacking the same cashflow characteristics, the entertainment spinoff is going to own some very important strategic assets. And if Dolan is serious about creating value, there’s plenty more that can be done here.

So it’s going to be a very interesting year for the company and its shareholders. Despite the price rising some 60% since the International Fund’s purchase, there’s still plenty of value here if management can get it right.

And the Knicks? Well, my new friend shouldn’t be too unhappy.

The team’s fans booed them off the court earlier in the week for winning a game. After an abysmal season, two wins in a row meant they were hurting their prospects for next year. Losing last night means they should get the second draft pick for the coming season.

Gareth Brown @forager_gareth
@SNashtag88 Agreed on both counts. Young acted bravely on his beliefs. And Spot had an easy choice financially, no… https://t.co/gMT4z8EJMz
Share on

Gareth Brown @forager_gareth
Glad to see that Young got pulled and not Rogan, for one and one reason only. If you value free speech, you'll want… https://t.co/lGJzsOOmAX
Share on