The Perils of Japanese Property 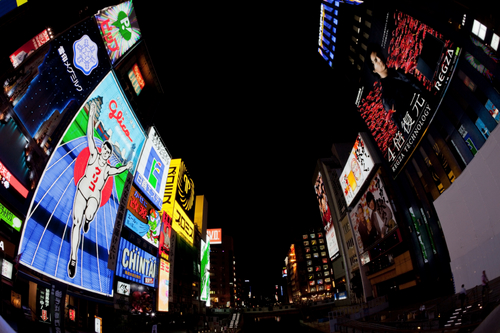 Australian investors have been able to buy Japanese commercial property, via the ASX, since 2004. As the REIT bubble began to form, Babcock & Brown Japan hit the boards in April 2005. It was followed by Rubicon Japan in October 2006 and Galileo Japan in December of the same year. I’ve been intrigued ever since.

All three sported distribution yields of 8-10%, high occupancy levels and interest coverage ratios of more than four times, implying conservative levels of debt by Australian standards. Commercial property in Japan yielded approximately 6% and the banks were willing to lend at interest rates as low as 2%, so it wasn’t too hard to work out where the high equity yields were coming from.

Pretty simple really, but the part that intrigued me was why?

At the time I parked the problem to one side. When investment banks are falling over themselves to flood the market with one particular product – in this case Japanese property – there’s no need to solve complicated problems. You are getting stitched up; ignore it.

When stock prices plunged in 2008 and 2009, though, I came back to the problem afresh. And what I discovered was interesting; owning leveraged property in a deflationary environment is a very different game.

In 1953, my immigrant grandparents bought a block of land in south west Sydney for £250. By the time they built a house they owed the bank £2,000 and were spending more than half of my grandfather’s wage on repaying the loan. By 1983 when they proudly made the final fortnightly payment, the $10 represented about 3% of his fortnightly salary. Inflation had eroded the amount of principle they owed and increased both their pay and the value of their house in nominal dollars.

High initial yields made a lot more sense once I realised that they are only headed one way: down.

A former colleague of mine was working for an investment bank in Tokyo at the time and was able to send me a large amount of data on average commercial rents in Japan. As you would expect in a deflationary environment, over the past two decades rents had declined an average of almost 1% per annum.

So the $100 property used in the example earlier is worth only $90 after 10 years (assuming the same cap rate). The debt owed is still $60, so your equity is only worth $30. While the initial yield was high, your overall return has been eroded by a 25% decline in the nominal value of your investment.

If you finance the asset with more debt, the initial yield will be higher but deflation will have a larger negative impact on your capital invested.

None of this means you can’t pick up a bargain. You just need to be wary of assuming the initial yield is sustainable.

We’ve been spending a bit of time on Babcock and Brown Japan, now known as Astro Japan Property Trust (Rubicon Japan is dead and Galileo Japan is close to it). At first glance it looks appealing. The trust, trading at half book value, looks to be generating enough income from conservatively geared properties* to return 20% per annum on the current share price. The banks, however, are no longer willing to lend interest only. They are asking for 1-2% of the loan balances to be repaid from operating cashflow, reducing the distributable cash to more like 10%. In a normal, inflationary environment, that principle repayment would simply translate to more equity tied up in the asset.

In Japan, though, this amortization is simply the banks requiring you to pay the real increase in the loan balance in cash. With an interest only facility in a deflationary environment, the banks end up with a much higher loan to value ratio at the end of the loan than the start. That increases the risk that they don’t get all of their money back. By requiring amortization on an annual basis, the loan deflates in proportion to the property value.

The good news for Astro owners is that the 10% should be a genuine sustainable yield. That’s not the greatest deal I’ve ever seen. But it’s not bad in a country where long-term interest rates are 1%. And it assumes deflation persists. If inflation returns, owning leveraged property assets is going to be a very profitable game.

*Astro owns interests in five separate pools of property. It looks as though it will lose two of those because the debt is unable to be refinanced. The loan to value ratio on the remainder is 61%.

Gareth Brown @forager_gareth
@PeteWargent I haven't been to Malabar or Maya Da Dhaba, so can't compare. But Lal Qila on Cleveland St was pretty… https://t.co/l8SjLVh9sP
Share on

Steve Johnson @ForagerSteve
So Cricket Australia has barred Steve Smith from playing in the #BBL finals. Up against the #AustralianOpen. Tepid,… https://t.co/fGjaFksHIk
Share on

Steve Johnson @ForagerSteve
RT @ForagerFunds: Out now - grab a drink and tune into the latest episode of Stocks Neat. @ForagerSteve and @Forager_Gareth discuss small-c…
Share on