No Earthquake In Bondi 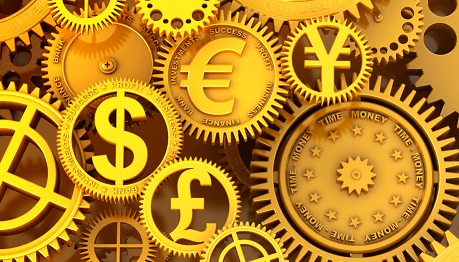 I was not at the beach on Tuesday but I can confirm my broker’s prognostication during the day’s market turmoil. There was, indeed, no earthquake in Bondi. In fact, the whole of Australia seems to have been spared.

So the large falls in the Australian stockmarket make it time to buy with your ears pinned back. At least, that’s what my broker would have us think. I, on the other hand, am not so sure.

Remember that the US sub-prime crisis was an isolated event that would have minimal impact in Australia? The main lesson from the financial crisis is that the world is an intertwined place, financially and operationally. Japan is the world’s third-largest economy and one of the most integrated with the rest of the world. A massive economic disaster in Japan has the potential to morph.

At first it seems surprising that the Yen, Japan’s currency, has been so strong since the earthquake (it has appreciated 10% against the Aussie dollar). But it does make some sense.

The Japanese have a massive short position in Japanese Yen, thanks to foreign assets on the government balance sheet that equate to more than a year’s GDP. If this crisis hadn’t happened, the foreign assets would need to be converted into Yen over the next 20 years in any case. Most of the government’s debt is to its own ageing population and those people are going to need to cash in their government bonds to pay for their retirement.

The expenditure required to repair the country from the tsunami and potential nuclear disaster, though, could mean the cash needs to come home far quicker than it otherwise would have. That means selling foreign currency, mainly US dollars, and buying Yen on a massive scale. The Yen could rise further yet.

The main foreign asset class is US Treasuries. Japan is the second largest foreign holder of US government debt in the world, with US$886bn worth as at the end of January. If they need to sell on mass at the same time the Federal Reserve is bringing its second round of quantitative easing to an end, it could easily prick what many are describing as a bubble in US government bond prices.

The Chinese, with US$1.15 trillion of US Treasuries, won’t like that. (It has always been somewhat perplexing to me that the Americans are worried about the trade imbalance with China when they pay for the deficit with paper money that doesn’t pay any interest. Who’s getting the raw end of the deal here?).

While on the topic of China, that country’s economy was saved from the global recession by an astonishing increase in infrastructure investment from 2008 until today. Some 90% of GDP growth has come from the investment part of the equation in that time (consumption, investment, government spending and net exports are the four components of GDP).

The one thing that can save it from a serious slowdown is a resumption in world growth and trade – so that all that infrastructure gets put to use and doesn’t become a burden to the banking sector. Japan and the Middle East make that look increasingly unlikely.

And a slowdown in China has dramatic consequences for Australia: commodity prices fall; unemployment rises; the government’s fiscal position deteriorates; consumer spending falls; house prices collapse … we have a lot riding on the China boom.

Don’t get me wrong. I’ve been buying stocks the past week. Some that were already cheap and are very defensive have still been punished.

Above all else, I hope Japan can avoid nuclear catastrophe. I have very fond memories of the country and the people – there’s something to be said for a country where you can leave your bike at the train station in the morning, unlocked, and pick it up in the afternoon with no fear of it being stolen.

As an investor, though, I’m cautious. The earthquake might not have been in Bondi but our shores are well and truly exposed to a fragile world economy.

Steve Johnson @ForagerSteve
You should have a "Do as I say, not as I do" award for the contributor who gives the best advice that they refuse t… https://t.co/CGrrItAynz
Share on

Gareth Brown @forager_gareth
@NeCWe I hadn't put much thought into that example, but sure. It's very much driven by gov and police culture.
Share on

Gareth Brown @forager_gareth
Seconded. The push to get Australians to dob in their neighbour is one of the worst aspects of our pandemic approac… https://t.co/wwtHo3NcbU
Share on