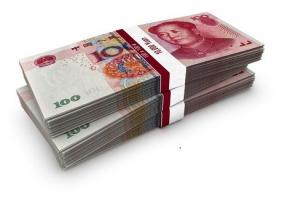 Admittedly it was many years ago. But when I studied economics at university, the theory was that a government could control interest rates, or it could control the exchange rate, but it couldn’t control both.

It’s not some hare-brained theory like that of efficient markets but one based on sound logic. If you fix your exchange rate to the US dollar, say, and you set interest rates at a different level to those in the US, there is a genuine risk-free carry trade on offer. Imagine you could borrow at 2% in the US and invest your money at 5% in China without any risk of the exchange rate moving? The amount of money taking advantage of this trade would be so immense as to make the fixed exchange rate untenable.

So how does China do it? Via government edict – the same way it controls most facets of its sprawling economy. Capital controls make it illegal for US residents to deposit money in Chinese bank accounts and it is also illegal for Chinese citizens to borrow US dollars. Problem fixed, right?

If only it was that simple the Chinese wouldn’t be up in arms about ultra-loose US monetary policy flooding the world with “hot money”. Where there’s a will there’s a way – despite the authorities’ best efforts, money is flooding into the Chinese economy. M2, a measure of money supply, grew almost 20% in 2010 and is expected to grow as much this year.

This is causing immense inflation concerns. Using official government statistics, which probably understate reality, prices rose an annualised 5.1% in November and 4.6% in December. Most economists are predicting worse for 2011.

Interest rate rises, like the one announced yesterday by the Chinese central bank, don’t work in China the way they work here. They can raise rates all they want. As long as US interest rates are near zero and the exchange rate remains fixed, money is going to keep pouring in like water through a sieve.

Chinese prices need to rise relative to those in the US so that the gigantic trade imbalance between the two countries narrows. China can let the Yuan appreciate, or inflation will do the job for them, interest rate rises or not.