Long term readers of this blog will know that I’m not in to making predictions. ‘Preparation not prediction’ is the mantra. But I’m not going out on a limb with this one. BrisConnect is going bust.

The Brisbane toll road is open to traffic and (surprise, surprise) the number of cars using it is well short of expectations. Average traffic for August was 81,469 per day, versus prospectus forecasts of 190,000 a day. Here’s the forecast: 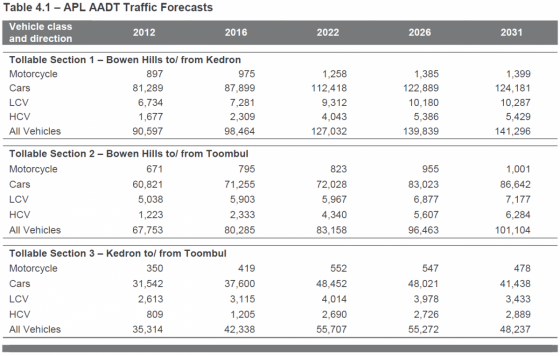 And here’s what happened in August: 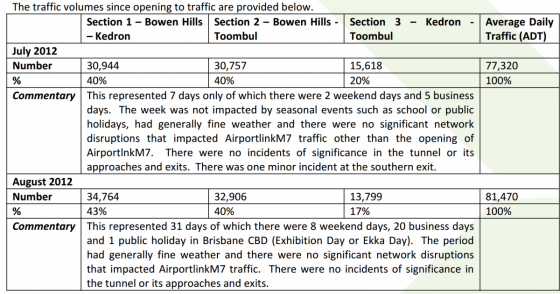 That’s a problem in itself. But it’s a significantly understated one. At the moment, the road is free.

Yep. At the moment, it doesn’t cost anything to use it, and traffic is still less than half of what was forecast. When they start charging tolls, traffic will drop by 30-50%, and BrisConnect will be left with 60,000 cars a day at the absolute best. It could be as few as 45,000.

Before we even concern ourselves with operating costs (prospectus forecast $64m per annum), Brisconnect’s revenue is less than a third of its $270m annual interest bill.

Play with the assumptions all you want, BrisConnect will be joining its brother RiverCity in the well-populated toll road graveyard.