Beginning of the End for China's Miracle Economy? 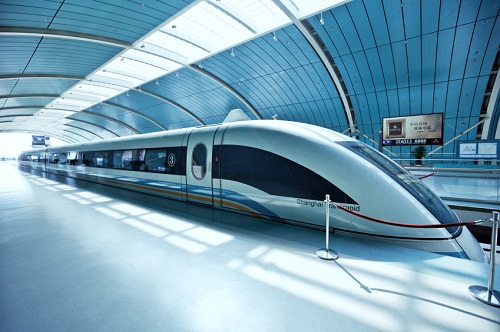 In the past week I’ve read in the Wall Street Journal that The Great Property Bubble of China May Be Popping, a Grant’s Interest Rate Observer feature on why the China train is due to derail and numerous reports of slower export growth and reduced demand for commodities in the People’s Republic.

So is this the beginning of the end for Australia’s 17-year economic miracle?

Crises are unpredictable things. We look back now and see that the sub-prime crisis led to Lehman Brothers’ collapse, AIG’s demise and brought the global financial system to its knees.

But even after the losses began to mount on US sub-prime mortgages and funding markets began to freeze, putting the pieces together was no easy task. John Hempton, now of Bronte Capital but at the time working for Platinum Asset Management, wrote a piece titled A History of US Finance in June 2007. In it, he laid bare the corrupt lending practices, perverse incentives and naïve credit agency assumptions that were the undoing of the sub-prime market. He went on to conclude that:

None of these problems will cause real issues for large regulated banks in the US. The stock price of banks with large subprime exposure (Wells Fargo, Washington Mutual) might be weak – but their subprime businesses do not threaten their solvency. We expect banks to come through this credit crisis unscathed. If the stocks get very weak we would consider buying them.

This is not a criticism of Hempton. He was further along the curve than me or almost anyone else at the time. Global stockmarkets were hitting new all-time highs in late 2007. It wasn’t until the Lehman collapse, more than a year later, that the penny finally dropped.

I quote him only to illustrate how difficult it is, nigh on impossible I should say, to know at the time that a crisis is unfolding. Or what the consequences of that crisis will be.

I addressed my concerns with the Chinese growth story in this Value Fund presentation in April. Some of the problems outlined there – inflation, a property market bubble, reckless credit growth and an economy overly dependent on investment – seem to be coming to the fore. The property boom looks particularly scary. This from the WSJ:

Beijing has one of the most expensive real-estate markets in the world relative to the income of its citizens. Calculations based on Soufun data show that in the opening months of 2006 an average-price new apartment in China's capital would cost around $100,000—the equivalent of 32 years' disposable income for the average resident. By 2011, the average price had more than doubled to $250,000, but relatively modest increases in income mean it would now take 57 years of saving for the average resident to cover the cost.

Remember that one of the reasons we’re not supposed to worry about a property market correction in China is that the Chinese buy their property with at least 40% deposits, and consequently the banking sector won’t be affected by a correction. Really? Sure, savings rates are high, but how does anyone afford to buy houses at those prices without substantial amounts of leverage? Like everywhere else in the world, if the housing market collapses the banking and construction sectors will suffer with it.

Jim Grant, in the latest edition of Grant's Interest Rate Observer, laments his own Federal Reserve’s attempts to play central planner and control asset prices and interest rates, gets to the root cause of China’s problems:

Heavy duty money printing, wild and wooly lending, exchange-rate suppression, a closed capital account and price control – not the ideal combination of macroeconomic policies for a healthy and growing economy. They are, however, the policies dear to the heart of the Chinese overlords. Nemeses there will surely be, though on the gods own timetable.

The Federal Reserve’s artificially low interest rates led to dramatic resource misallocation and, ultimately, a gigantic residential property bubble in the US. The Chinese authorities don’t only control the interest rate but all facets of the economy.  That can only lead to resource misallocation on a much grander scale. Quoting Grant again, ‘[m]anipulate enough prices and before you know it, the bullet trains, sans passengers, are streaking from empty city to empty city past idle steel mills and untenanted shopping malls.’

I don’t know if the latest data represent a well managed brake applied to the Chinese economy or the first wobbles of a derailment. I do know it’s not a train I want to be on.