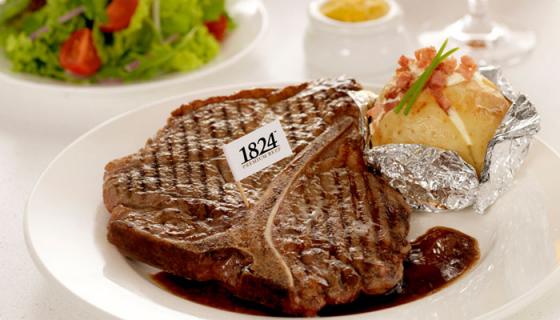 I still think it’s pretty stupid for a beef producer to get itself in a position where it is short the beef price. But I was a tad unfair on Australian Agricultural Company last week. Its strategy, though not executed well so far, does seem like a sensible one.

In August last year, I found myself looking for food in c!ty’super IFC, an upmarket supermarket in Shanghai. Granted this is not where the average Chinese person shops – the prices were high enough to scare me off, and I’m accustomed to paying $3 for an avocado in Sydney – but it was an interesting insight into the Chinese psyche.

With good reason, most Chinese are paranoid about the impact of the country’s dangerously high pollution levels on their food and water. Imported food products are strongly preferred over domestic ones and those who can afford it are prepared to pay a significant premium for foreign produce. As China gets wealthier and, likely, even more polluted, this market is going to become very large.

Some countries have recognised this and are doing an excellent job of capitalising on the opportunity. The shelves at c!ty’super were packed with New Zealand dairy products and French marmalades. In contrast, there was hardly an Australian product in sight.

I’m not sure why the kiwis are so far ahead of us. My understanding is that its government has spent a lot developing brand New Zealand, whereas it is left up to individual businesses in Australia. But with a reputation for fresh air and wide open spaces, surely well-branded Australian meat would be an easy sell to the Chinese middle class?

It’s certainly the opportunity AACo is pursuing. Instead of selling a commodity product to someone else who makes all of the margin, AACo wants to sell its own brands, including 1824 Premium Beef and Master Kobe Wagyu. They’ve built a large processing facility in Queensland and are now selling branded packaged beef into Asian markets.

It seems to be selling too well. AACo hasn’t had enough of its own cattle to fill its contractual commitments and has had to buy additional stock in a booming market. It shouldn’t take long for prices to get passed through to the customer, though, and one year’s profit is far less important than the fact that the product is selling well.

Transformational business strategies usually look a lot better on paper than they turn out in the real world. But AACo’s old business was a horrible one. This is one change in strategy that seems to make sense.

Disclosure: No Forager funds own AACo shares. Neither do any staff of Forager. We could be buying or selling the stock at any future point.