Aussies All In on the Banks 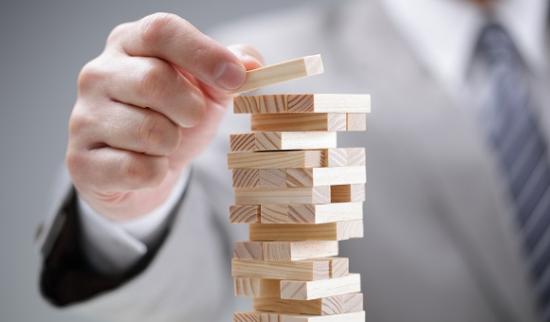 After yesterday's thrashing, all Big Four bank share prices are down more than 10% from their recent record highs of March/April – official 'correction' territory. Does a proper banking bear market beckon?

Your guess is as good as ours. But we can offer one considered opinion, bearing in mind that we can't offer individual financial advice. It's our (rather long-held and so far unjustified) belief that Australian bank shareholders are taking on more risk than they realise—many have imprudently large bets on the banks.

Actually, the whole damn country seems to have an imprudently large bet on the banks. Take the bellwether ASX200 index—the one that exchange traded funds 'replicate' and super funds 'benchmark' against for their funds which offer 'diversified market exposure'. That index is currently more than 30% invested in the Big 4 banks alone, and a whopping 47.2% invested in 'Financials'. Balanced? Yep, just like that car on the edge of that Californian sea cliff in every movie from the 1970s.

The only time we'd even entertain the thought of putting anywhere near that much of our wealth in one sector is when bargain of the century-type prices met with unusually reliable downside protection. And then probably not even.

Australian banks, leveraged, chips all in on perhaps the hottest housing market on the planet. Once in a century cheap? Unusually reliable downside protection? Au contraire.

Steve Johnson @ForagerSteve
@IFM_Economist That % of disposable income data might need checking. How could the gambling losses be 3x in absolut… https://t.co/6N05Bwnqv9
Share on